Expand your social reach using the power of the hashtag 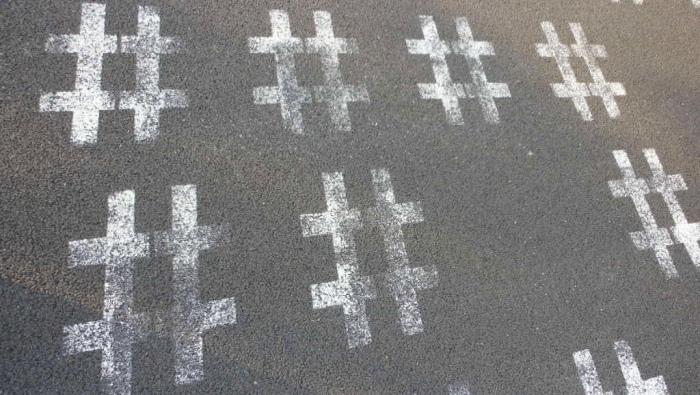 By now, if you use any online social media platform, particularly Twitter, you’ve undoubtedly seen the hashtag symbol.

So what does this little symbol actually do?

Twitter defines the # symbol, called a hashtag, as a symbol used to mark keywords or topics in a Tweet.

It was created organically by Twitter users many years ago as a way to categorise messages. It is a much easier way to find tweets you’d be interested in as Twitter’s popularity increases and more and more tweets are being shared.

When you think ‘hashtag’ you think Twitter! There’s no doubt Twitter has brought about the rise and fame of the hashtag. For quite some time, Twitter was the only social medial platform to incorporate the hashtag. However you’ve probably noticed they have now crept into the other social media platforms such as Facebook, Google+, Pinterest and Instagram.

Have you also noticed hashtags popping up on the bottom of the screen when you’re watching TV? They are now commonly incorporated into TV programs such as the news, current affairs and reality shows. It’s a clever way of bringing the wider audience into the program. One of the most well-known hashtag is #qanda which is for the ABC program ‘Q&A’. If you watch this program on a Monday night, you can follow the online conversation being held by Twitter users who follow this hashtag. Other popular programs include #MKR2014 (My Kitchen Rules), #MasterChefAU and most recently #SBSEurovision.

Once you grasp the concept of the hashtag, you can use them quite strategically in your tweets and posts on the other social media platforms. Keep in mind that you use hashtags to find things you’re looking for. So remember, if you’re wanting to be found, use relevant hashtags so you show up in other people’s search results! Make sense?

For example, I use #virtualassistant, #socialmedia, #marketing, #transcription and #outsourcing regularly. Why? Because that’s what I do and if people need these services, I want them to find me. I love hashtags! Quite often, event and location hashtags are also very useful.

My Top Tip: Use hashtags wisely. Research how relevant they are. There is no point including a hashtag if you’re the only one using it. Also, use them sparingly. Don’t fill up your entire tweet/post with hashtags only – it looks so spammy!